Only pictures remain from this little outhouse scene. 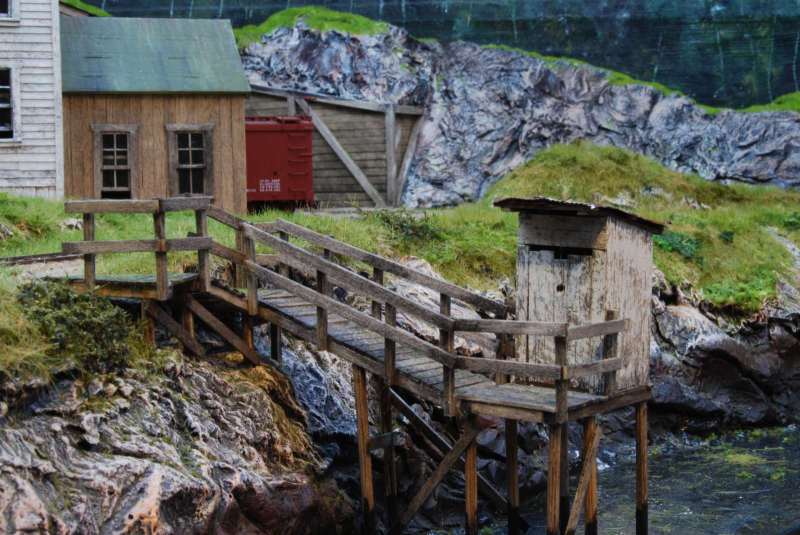 In order to run the forneys decent through the curves and solve the radius mistake I had to perform some major surgery in this corner. Removed the outhouse but left the deck. Started on new track with a curve the forneys can handle I go much further to the edge of the layout. But plans develop and there will be a part wooden retaining wall and a part tressle leaning against the rocky coast 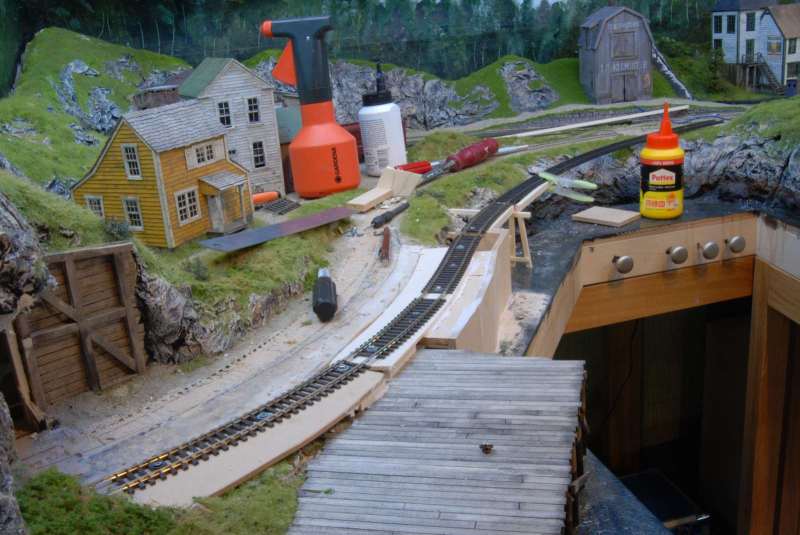 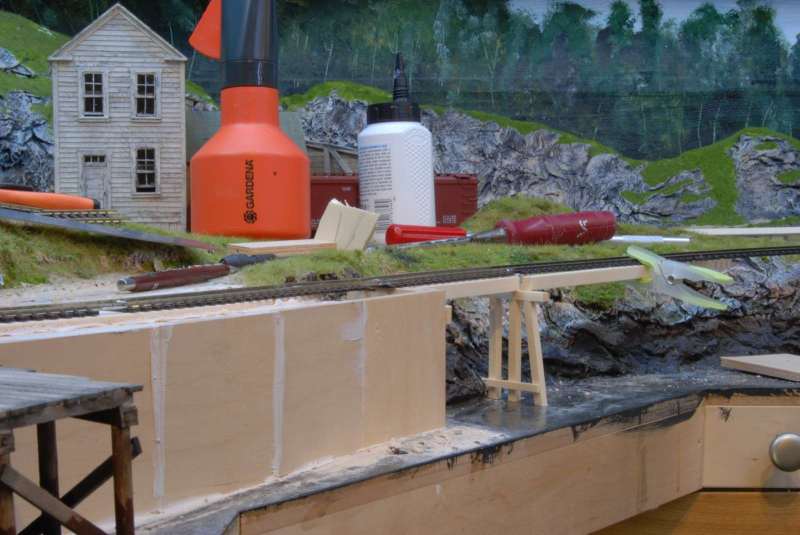 Even had to ripout a turnout. It will be placed a 4 inches towards the station. Have to cut a piece of rock for that to.. 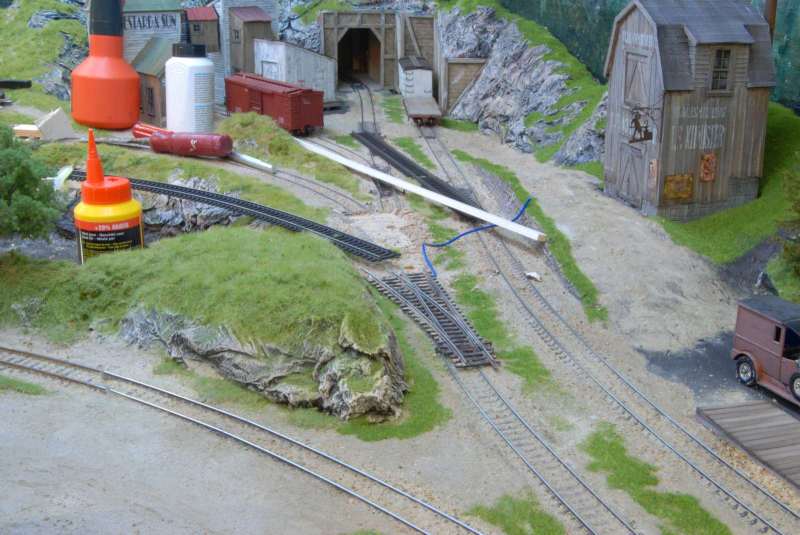 This made me rethink the lobster shacks, kan find a place somewhere on the layout for them so I’ve been thinking of a small industry like a sailmaker, rope merchant or something with sardines..